Hassan Show Images
Queen Lenna's resident Blue Mage, he can't do much besides listen to the wind.

Lenna, Queen Show Images
A direct descendant of her illustrious forbear, Queen Lenna looks and sounds like the inspiration for Queen Amidala of Star Wars fame - she even has the hair right. Her only job is to look pure and thoughtful while the good guys fight the bad guys. Hassan is her right hand man. (See also Character:FF5) 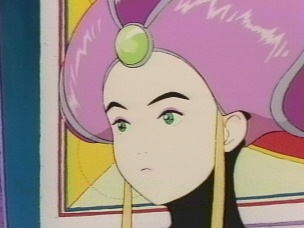 Linaly Show Images
A young, blue-haired girl, Linaly is a direct descendant of Bartz. Although a very naive and wide-eyed youth, she nevertheless has as much bravery as her companion Prettz. This is either offset or enhanced (I haven't decided which) by the fact that her skirt is of negligble length, a fact which is taken advantage of when the Crystal of Wind decides to use her body as a summer home. She's a novice Summoner, but can't do anything besides Chocobos. Her elderly grandfather, who starts the whole anime off, communicates to her via her Ying-Yang earring. 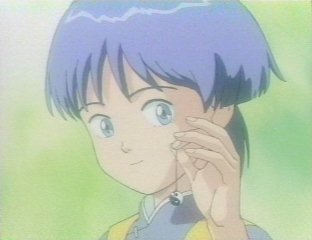 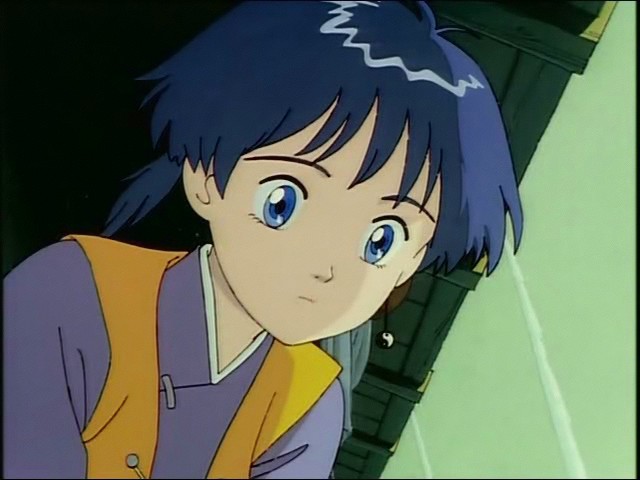 Mid Previa Show Images
An energetic young man who follows in the mechanical-engineering footsteps of his grandfather Cid. He helps Mid remember what his purpose is, and he serves as his grandpa's foil. He's almost as smart when it comes to machines, too. Mid returns in the anime as a spirit - after Ra Devil needlessly killed him while stealing Cid's brain, Mid hides away in the Wind Crystal until he should become useful, which is during the scope of the anime. He sounds like he's on helium and is a lot smaller than he should be. He's also lost his glasses somewhere. Being a ghost, he can't do much but give advice and banter angrily with Prettz. 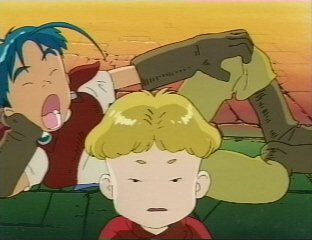 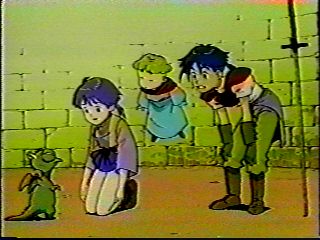 Prettz Show Images
Prettz is an absolute numbskull. His instant and only reaction to anything which bothers him is humorous aggression; aided by his constant companions - a samurai sword and spiked bombs which pull a strawberry before blowing up - it allows for some almost dangerous moments. He has a fixation for Linaly, of course without admitting it. However, his daredevil foolhardiness gets him and his friends out of several jams which normal people would blanch at even contemplating. He also rides a motorbike to help him get around. 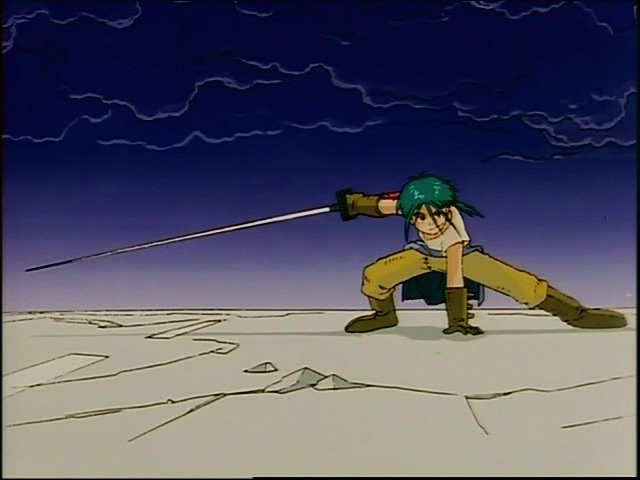 Ra Devil Show Images
The most illogical and brainless villain since Chaos, Ra Devil's motives, origins, and plans are completely unknown. He looks like a half-robot, half-skeleton, with one red eye. He steals Cid's brain away in hopes of finding the secrets of the four Crystals; when he finally does, 200 years later, he collects them all and transforms into Deathgyunos, who's basically just a lot bigger than Ra Devil. However, apparently even that form can't stand a few laser beams, chocobos, and a good samurai sword swipe. 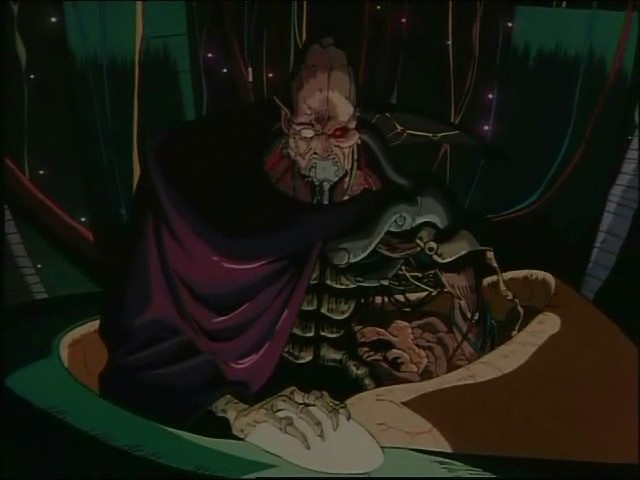 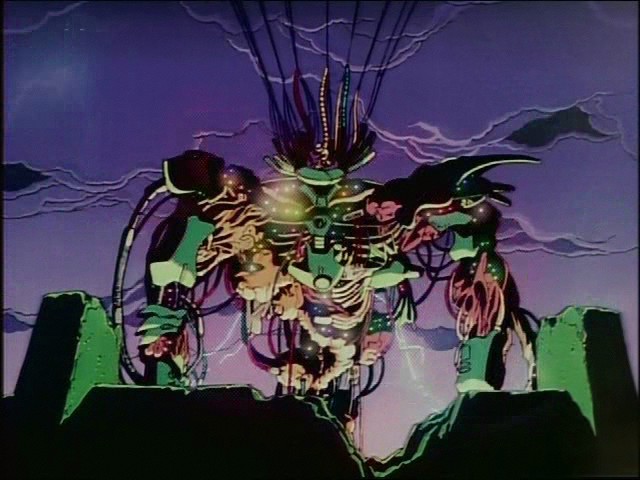 Rouge Show Images
A scantily-clad kleptomaniac, Rouge heads a band of leather-clad pirates (funnily, she's the only skinny one), riding around in a pink monstrosity of an airship and accosting travelers. Fueled by an urge to own anything shiny, she even holds the new legendary heroes captive while she tries to coax the Wind Crystal out of them. Eventually Queen Lenna pays her off and she cooperates with the good guys - for a while. Although at first ignoring Valkas's inept advances, she eventually falls for him as well. 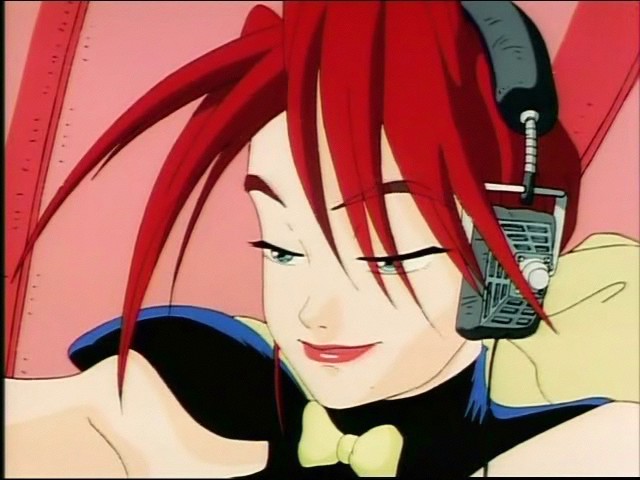 Valkas Show Images
A bumbling general of the Tycoon air force, Valkas leads the Iron Wing airship. His tendency to get worked up about absolutely everything makes for some very awkward moments, especially when he suddenly finds himself in love with Rouge, who happens to be his captor at the time. Fairly agressive (made worse by the fact that he's almost a giant), he's nevertheless fiercely loyal to Queen Lenna and eventually works for the greater good. He wears what looks like jeweler's lenses done in black and his uniform is way too tight. 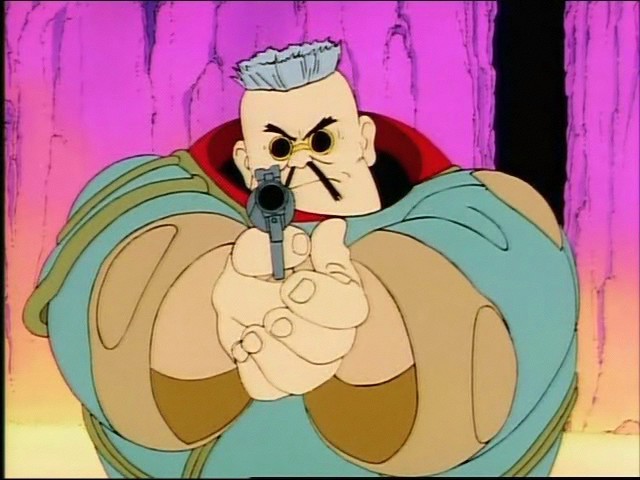