Ehrgeiz was a fighting game released by Square in 1998, first for arcade, then (with a lot of extra goodies) for PlayStation. It wasn't much of a keeper, but it's famous for having tons of FF7 references and characters. Here's an illustrated rundown. Note that the move list was taken from Cheow Enping's FAQ/Move List on GameFAQs, and was directly translated from Japanese. It is not a complete move list - only the moves that have references to FF7 are listed here. Every single FF7 character uses his/her victory stance from the game, and Sephiroth is the only character who has an ending. 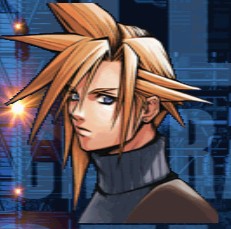 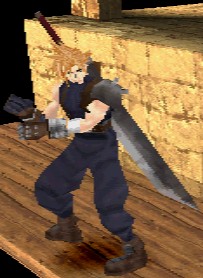 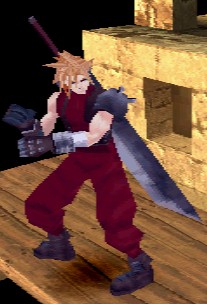 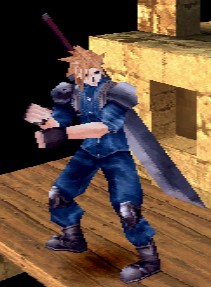 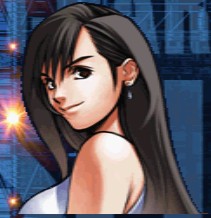 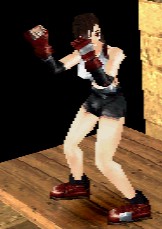 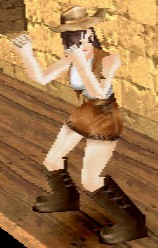 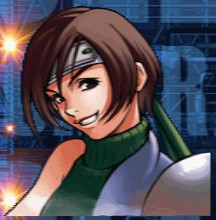 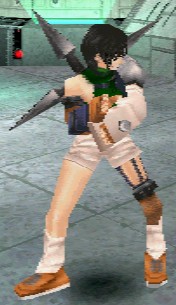 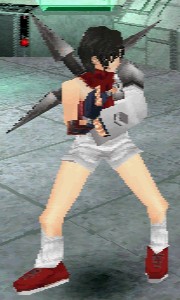 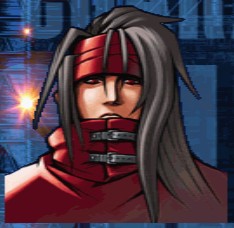 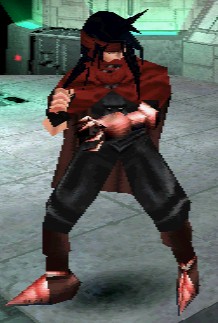 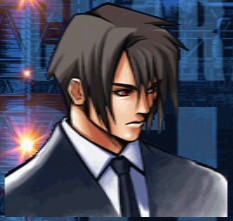 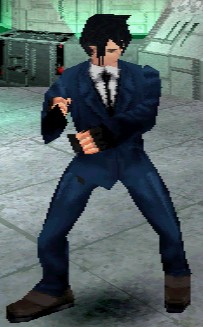 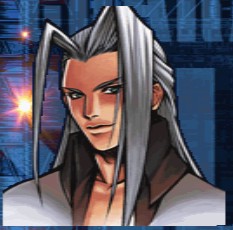 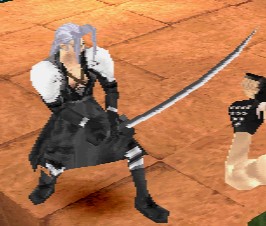 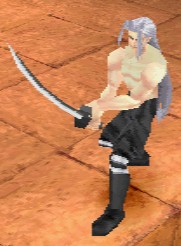 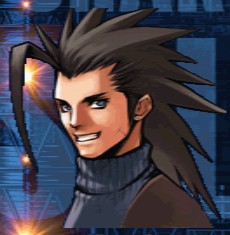 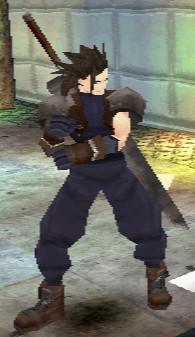 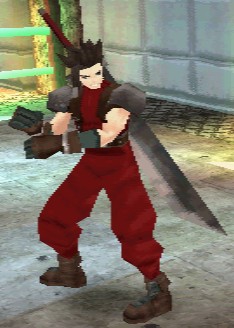 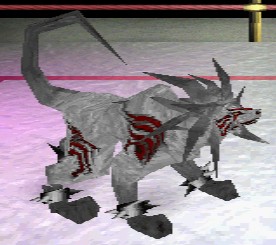 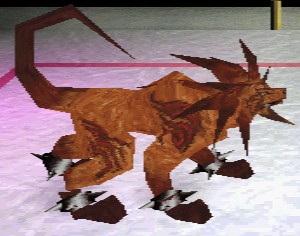 Info:Age: Unknown Birthplace: Unknown Sex: Unknown Occupation: Unknown Weapon/Special Attack: Flare
Availablility: 90 days after installation for ARC, initially in PSX after beating the game with all 8 original characters
Combos: Seto Punch, Seto Low Punch, Seto Combination, Nanaki Kick, Nanaki Combination, Titan Header, Chocobo Kick, Bahamut Kick, Ifrit Bite, Hades Bite, Shiva Attack, Sled Fang, Chupon Brush, Blood Fang, Phoenix Roll
Throws: Biting Bahamut Zero
Special Move: Mega Flare, Giga Flare, Knight Round Rolling
Second Outfit: Red fur!
Other Notes: Although Django is the second to last fight, he is the "real" final boss of Ehrgeiz (the next battle doesn't have to be won). His normal form is gray and has nothing to do with FF7, but in his second outfit, he looks remarkably like a recolored Red XIII (and his moves reflect this). However, neither his appearance nor his victory stance are exactly like Red XIII's (they're very similar though), so it is generally thought this might be either an alternative Red XIII or a member of the same species. Ehrgeiz doesn't exactly have much story, so it's hard to tell.

The PSX version of Ehrgeiz has an added "quest mode" which follows Koji Masuda, the previous winner of the Ehrgeiz Tournament, as he explores a ruin. It's a kind of RPG-action-fighting thingy, like a predecessor to Dark Cloud. The monsters are fairly run-of-the-mill, but the equipment is all FF, all the time. Observe!